Each community participating in the Games selects a Community Coordinator. The current list of coordinators is available below. Note that this list will expand as planning proceeds.

There are numerous committees responsible for different aspects of the Games. The current list of chairpersons is available below. Note that this list will expand as planning proceeds.

History of the Labrador Winter Games

Every three years, the Labrador Winter Games are hosted in the community of Happy Valley-Goose Bay. Each community puts together a team of up to 17 athletes and one coordinator to compete in a series of traditional and modern events important to the lives of Labradorians. In total, some 500 athletes, 600 volunteers, and many more spectators, make the Labrador Winter Games one of the biggest events in all of Labrador.

Started in 1983, the Labrador Winter Games was launched by the provincial government of Newfoundland and Labrador as a way to celebrate the cultures and talents of Labrador. From its initial years, Labradorians have unanimously embraced the Games and made it into a uniquely Labradorian event.

The 2019 Event Schedule is now available! 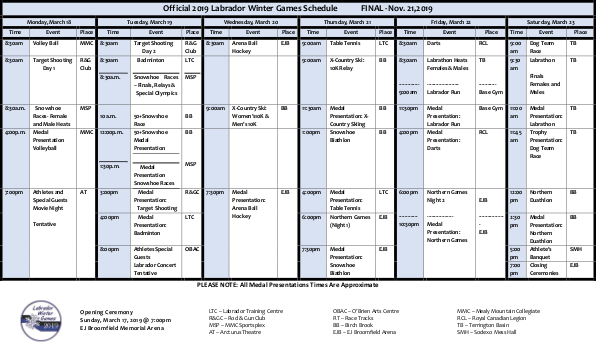 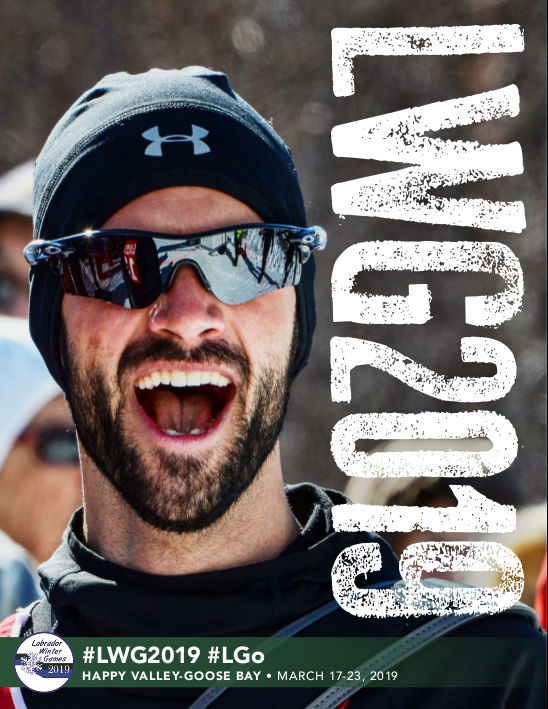